Plastic bags that we use almost every day take 10-20 years to degrade, while plastic bottles take up to450 years. And it’s not just that; plastic trash in the ocean kills about one million marine species each year, including turtles, sharks, fishes, and other mammals.

You’ve probably heard about the negative consequences of pollution on the environment and human life, but let’s take a closer look at how plastic is wreaking havoc on our planet. 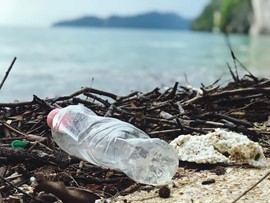 Gas is needed in large quantities to produce plastic. This gas is obtained by digging underground through a process called fracking. Fracking is drilling deep into the earth’s surface to release oil and gas while releasing large amounts of toxins into the air, water, and soil. It also increases pressure beneath the earth’s surface, disrupting the rocks beneath, causing earthquakes.

It even leads to earthquakes in areas where they are rare and creates underground cavities that collapse into sinkholes, destabilizing the land.

Increased wildlife accidents because of consuming or entangling in plastic debris have been reported, causing public outrage and protests.

Every year tons of plastic floats through the world’s seas, threatening hundreds of marine species and causing them significant harm. It also plays a critical role in rising rates of species extinctions. 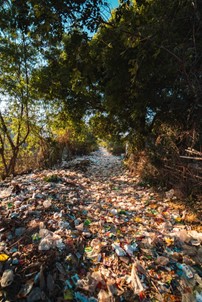 According to recent research, marine algae grow over the dumped plastics in the water bodies, which produce a natural sulfur compound called dimethylsulfoniopropionate (DMSP). This substance gets noticed by hungry aquatic birds and species, mistaking plastics for food.

Even small organisms such as zooplankton are susceptible to plastic contamination. This leads to decreased feeding, energy inadequacies, and eventually the extinction of zooplankton, which is quite worrisome as they are a key component of the marine food chain.

Transfers the Harmful Effects from One Species to Another

Small mammals can eat the smaller plastic particles when plastics break down, but they still can’t be digested.

When consumed, they create changes in aquatic life, which are passed on to people when they consume seafood. 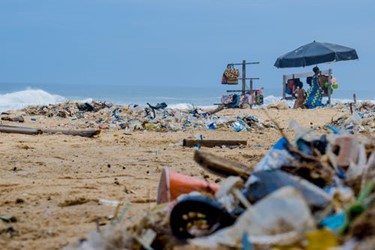 Our online store is committed to producing premium and environmentally friendly products that serve you as well as the environment.

Visit our website today to learn more about our products.

Ramblings from our team, partners and vendors.  Sometimes educational.  Other times, pure fun.